Standing here in 2016, I chuckle a little thinking of how the Sky Lounge of the Aura Restaurant/bar closes at 1am whereas the Gallery closes at 10pm latest. What a privilege and joy to slowly make one’s way down the venerable structure, past all those galleries, and out into the streets at night.

Being comprised of a union of the City Hall and former Supreme Court buildings, the National Gallery Singapore is a most interesting blend of solemnity and artistic flair. Featuring a new curving facade that serves as both the main entrance and modern visual element that conjoins the twin colonial classics. The National Gallery features modern Southeast Asian and Singaporean works.

Stepping inside, one is struck by how the imposing superstructures of both buildings loom over the visitor, as one tries to decide how best to explore the venue. This is one of the fruits of Singapore’s Renaissance City Plan (2000), and proves to be an interesting marriage of Singapore’s draconian heritage with the current push to make Singapore into a city of art and design.

I find this structure in particular to be emblematic of the Singaporean experience, because it is in fact a chimera of an oppressive heritage with aspirations of improving the cultural “software” of the new generation while not forgetting consumerism with the rather stylish bar with a view on the rooftop while simultaneously displaying modern Southeast Asian art in colonial buildings.

It does, however, bring to mind the question of how Singapore has done in its quest to become the Renaissance City as defined in the Renaissance City Plan. In the last 15 years, significant effort and resources have been pumped into turning the vision of a Renaissance City Singapore into a reality. This is evident in what I would call the “art-washing” of public events, where I have observed an arguably contrived attempt at including performances and other forms of cultural expression in various events. Preferably with the liberal application of the words “art” and “creative” in the event descriptions.

While this endeavor seems to be bearing fruit in some of the major events like the Singapore Night Festival, the Singapore International Festival of Arts and the numerous fringe festivals about the city all year round, I really do wonder if it is improving the lot of local artists and bringing their works into the limelight.

From my (probably limited) personal contact with creatives in Singapore, I get the impression that they try very hard to make a name for themselves, but wind up overshadowed by the more established overseas brands. Moreover, there is a sense of a lack of spontaneity to the creative endeavor: In Singapore, a city that heavily penalizes vandalism, does have graffiti styled art…only when sanctioned by a higher authority.

Moreover, the recent SG50 celebrations seemed to have a very heavy emphasis on the themes associated with the national narrative and especially the nostalgia of the post-WWII and especially post-colonial period. Nowhere is this more apparent than in the output of the SG50 Kampung games, which feature scenes and activities from Singapore’s past and especially from the Independence years. While there is no doubt that the games do indeed celebrate and hearken back to the experiences of the formative years of Singapore, the products themselves seem purpose built for SG50 and do not appear to have a great potential for longevity on the game market, which I find to be unfortunate.

The net result, in my opinion, is a probably unintentional but in practical terms a rather inward and backward-looking attitude that almost fetishizes the “Pioneer Generation” as promoted in the myriad benefits that came with the SG50 festivities: There can only be one generation of pioneers, and the current generation can only hope to aspire towards being like them.

As a fan of history, I can see how/why a nation’s heritage is deemed crucial to avoiding the mistakes of the past and bringing the population together with a shared experience. However, as one who also sees how the world is developing, it also gives me pause thinking about how this overshadows the current future-shaping generation in the Singapore narrative. The Renaissance City Plan III seems to have in mind the international promotion of local talent, and the support of local creative industry businesses, which is of course heartening.

As a small country where its greatest resources lie in its geographic location as an entrepot, its cultural existence as a bridge between East and West, and with a highly disciplined workforce, Singapore cannot help but move single-mindedly towards being a Smart Nation. That will rely heavily on technological advancement, a knowledge-based economy, excellent infrastructure and creative minds to come up with globally relevant solutions that will serve as an economic force multiplier even as Singapore’s exports face ever greater challenges and as its position as a transshipment hub is threatened by the possibility of the construction of the Kra Isthmus Canal. Even the highly profitable realm of finance faces its challenges as competition in the region heats up and businesses are lured away by lower cost alternatives.

These point towards Singapore’s likely future as a technological, business and cultural entrepot in addition to its current physical trade and financial hub roles, bridging the economic superpowers of East and West. Achieving this, however, requires a mindset amongst the populace that is relentlessly forward thinking and focused on seeking the kind of brilliance in innovation that will cement the Singaporean brand of exceptionalism not just within the region but with the world.

As it currently stands, I see the great shadow of the No U-Turn Syndrome as coined by founder of Creative Technologies and Singapore’s original technopreneur Mr Sim Wong Hoo way back in 2006. In the concept, he expresses that traffic law in Singapore stipulates that one may only perform a U-Turn if the sign exists. This is symptomatic of a culture where actions only occur if validated by official approval, and I see this happening both in the forms of failing to secure social approval/respectability in its various forms.

Overall, that translates to a national fear of failure, and this is holding the people back from being experimental when faced with the nagging perception that being branded a failure is a very real (and lingering) possibility. Without the willingness to fall, pick oneself up and dust off for the next attempt, I believe it will prove exceedingly difficult for the next great firm in the league of Google or Facebook to originate from Singapore’s shores.

While I stood there atop the National Gallery Singapore looking over the bright lights of the festivities, the glitz and glamour of the Marina Bay Sands and the new Downtown flanking it, I muse at the quite challenging task this nation has to reshape itself, to extinguish the old fears and move forward into SG100 with its head held high standing shoulder to shoulder with the leaders of that time. 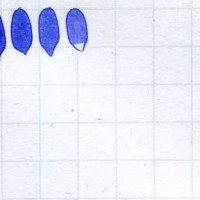 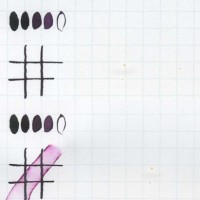 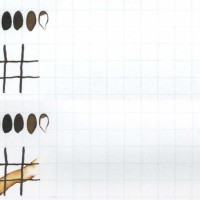 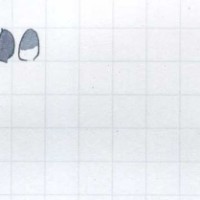